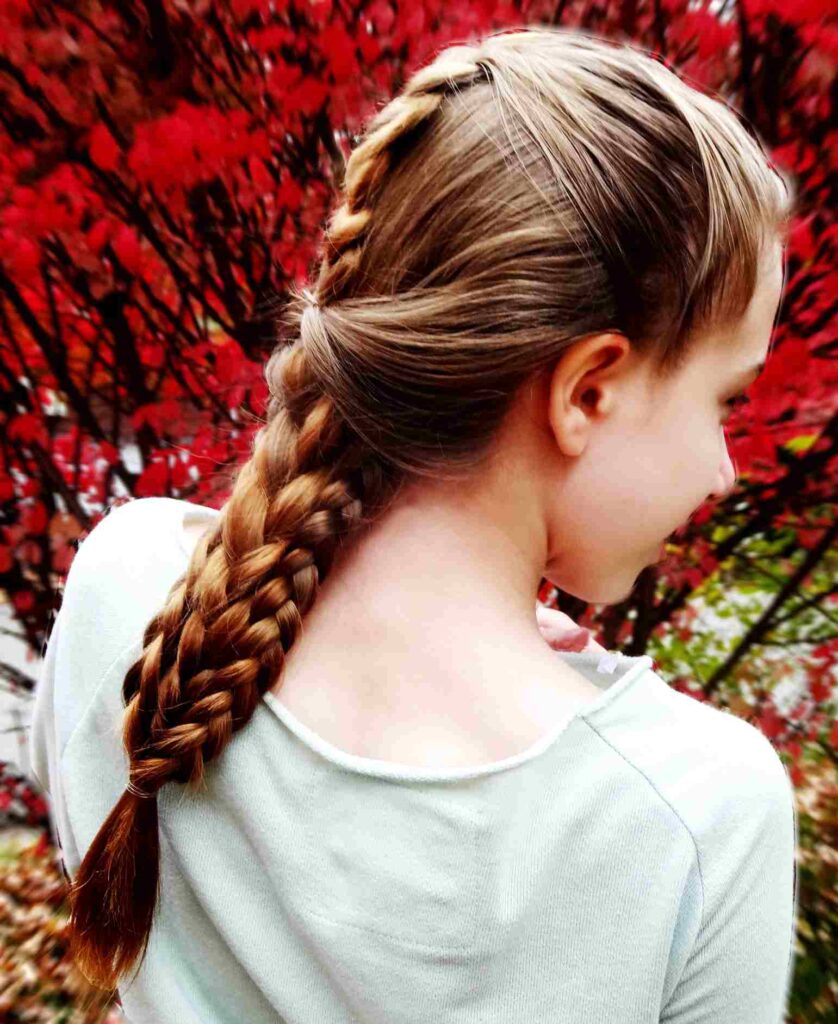 Braided hairstyles have always been popular, whether you need a quick solution to keep your hair out of your face on a busy day or a dazzling appearance for a night out. Anyone can wear a braid if they have an appropriate look. There is a braid out there for everyone, from five-year-olds to sixty-year-olds, college athletes to wedding attendees.

French braids are one of the few hairstyles that have remained fashionable. The French braid’s precise ancestry is a touchy subject despite a name based on a particular region. Some contend that it dates back approximately 6,000 years to North Africa, where ladies sporting the hairstyle are depicted in cave paintings. Some believe it may have started during China’s 960–1279 Song Dynasty. All of this suggests that this is a durable plait style. There is a braided hairstyle that suits everyone, whether you are five or fifty-five.

Besides a straightforward three-strand braid, a French braid could be the most well-known plait. A French braid takes the primary braiding method one step further by starting near your head’s crown rather than the neck’s nape. You initially add more hair from that side before crossing a side strand across the primary strand.

It always follows the same pattern: cross the left strand over the middle strand, then cross the right strand over the center thread, and so on. When you get to the nape of the neck, you continue in this pattern and end with a standard braid.

Is it challenging to do French braids?

French braids are considerably simpler to master because they use the same method as a standard three-strand braid with the addition of smaller parts from the sides. You will be wearing a French braid in no time with a little bit of effort and patience.

The sole distinction between a Dutch braid and a French braid is that the side sections of hair are crossed each time underneath the central strand rather than over it. Because the braid is visible on top of the style, it appears more three-dimensional. As a result, it is frequently referred to as an “inside-out braid” or a “reverse French braid.”

You’ll begin like a French braid closer to the crown of the head, add additional hair to each strand, and then cross it numerous times across the middle. Some people characterize the final appearance as more pronounced than its French equivalent.

The best way to think of the Dutch braid is as a modified or inverted French braid, similar to how those nations’ flags are braided. The French weave it on top, while the Dutch weave it on the bottom, which is the sole technical difference. The other will be simple to create once you master the first.

Both are easy. You can make your hair and the hair of others appear lovely and magnificent with some experience. Please feel free to finish the French and Dutch versions, but don’t forget to double any necessary accessories and, most importantly, add some lengthening extensions. Enjoy discovering your ideal appearance.

A Dutch braid and a French braid are very similar but differ in critical ways. The following are the primary variations between the Dutch and French braids:

You may be creative now that you understand how to distinguish between and make each braid. Your decision to lay or leave your edges natural will depend on the nature of your hair. Sims states, “accessorizing your braids with pearls, flowers, or jewelry can freshen [the] look.” While one loose French braid might look simple, other women choose to wear two braids.

And after all your effort, remember to safeguard the hair. Sims advises avoiding friction against your braids by not wearing headwear or managing your hair roughly to prevent frizz from maintaining the hairdo.

French and Dutch braids are similar to each other

These braid varieties have several characteristics and a few essential variances between them. These consist of the following:

Which braid is more straightforward, the Dutch or the French?

Both are pretty simple. What you learn to accomplish first will determine what is easiest for you. Dutch braids might seem a little strange if you learned French braids first, and vice versa.

What is a Viking braid?

On the top of the hair that is combed back, create damaged Dutch braids. They have a tight ponytail that is occasionally banded at the tips. You can shave the hair’s sides or Dutch braid it in smaller braids.

Are Dutch and French braids interchangeable?

They are comparable in that they both run straight rows along the head, with the remaining hair length appropriately braided between them. Other than that, they appear very different. A Dutch braid has loops on the outside of the hair, whereas a French braid has loops inside the braid. French braids seem puffy as a result.

Funding Your Home – Should You Opt for a Home Loan or Make Cash Payment?