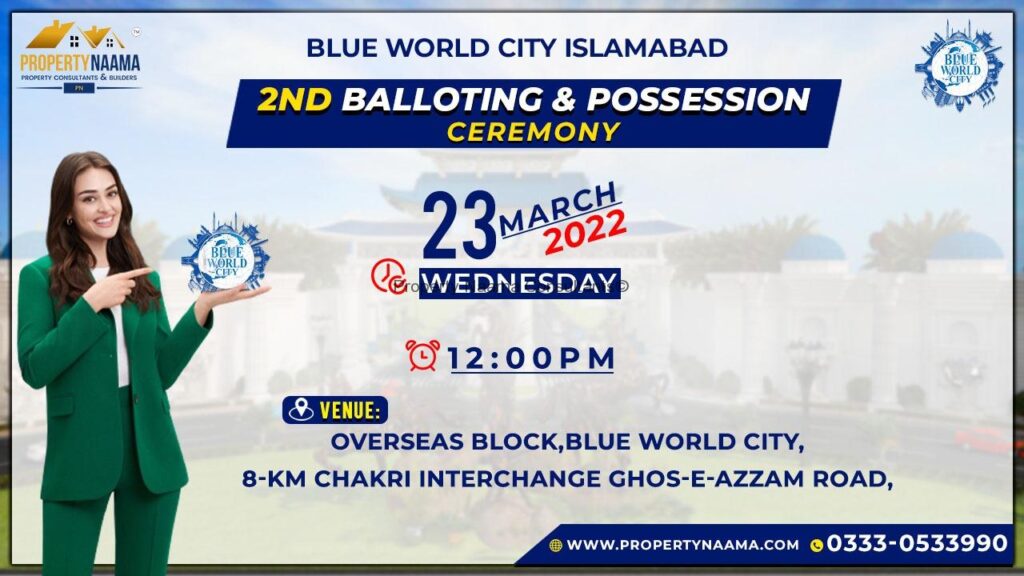 Park View City takes pride in being one of Islamabad’s most prestigious addresses. Despite the fact that it appears to be cut off from the hustle and bustle of the federal capital, this real estate project is easily accessible from all of the city’s major areas.

It is situated in Malot, close to the charming housing societies of Bani Gala and Bahria Enclave Islamabad. It takes about 15 minutes to drive from Park View City to the famed Serena Hotel on Khayaban-e-Suhrwardy, so residents won’t have to travel far to get to the city centre.

More importantly, this residential development is surrounded by a botanical garden and magnificent green hills, which not only provide a breathtaking view, but also provide a tranquil environment.

This concludes our column on Park View City, Islamabad’s most recent developments. We’ll be updating the blog as more information becomes available, so check back often.

It’s also worth noting that all of these prices and details were taken from Park View City’s official website in Islamabad, and are subject to change at the discretion of the city’s management.

This CDA-approved housing society, which spans 1200 kanal, consists of one commercial and nine residential blocks. Park View City, Islamabad, has a variety of residential plots available, including 5 marla, 8 marla, 10 marla, 1 kanal, and 2 kanal plots. It also has elegant villas measuring 5 marla, 10 marla, 1 kanal, and 2 kanal, as well as commercial plots of 6 marla and 8 marla. Get the idea from the Kingdom Valley.

Park View City is a Vision Group project in Islamabad.

Some of the development work has already been finished in some blocks, while others are still being worked on.

Park View City Islamabad has announced the possession date of residential plots in its E Block, marking another another milestone in the city’s rapid expansion. This block is located on the crest of the hills and consists of one kanal of residential plots.

Block E members will be able to take possession of their plots in June 2020, according to the society’s official announcement.

Park View City has finished development work on the A, B, C, and D blocks, and the E block is nearly ready for occupancy. F Block and H Block are the next blocks to be awarded possession in a short period of time.

Block E is located at the top of the hills, as previously stated. It is one of the nicest blocks in Park View City for purchasing a plot of land on which to build your home. From your balcony, you’ll have a beautiful view of the Margalla and Murree Hills.

Park View City, located in the Margalla foothills, is one of the most popular residential projects in Islamabad, despite the fact that the city boasts a plethora of upscale housing schemes offering top-notch amenities and urban infrastructure.

Here are some of the most notable facilities in Islamabad’s Park View City.

It is a gated community that aspires to deliver the highest level of luxury and comfort to its members.

A safe and secure atmosphere with security surveillance available 24 hours a day, 7 days a week

A system of large, well-paved highways.

Park View City in Islamabad will be home to the following amenities, according to the master plan:

Muhammad Junaid is a CEO of VM Sol, senior Analyst, and Search Engine Expert. Extensive experience being an IT Manager in GreyBricks Marketing – Blue World city. Work for years with local and international enterprises. Also, represent well-known brands in the UAE.

Know The  Benefits Of Hiring A Real Estate Agent

How to Start Investing Money in Real Estate Properties