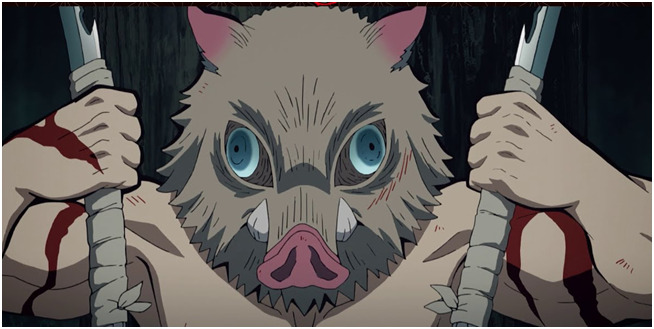 Do you consider yourself a fan of the Demon Slayer franchise and hope to cosplay as one of your favorite characters at the upcoming Anime Expo? You might be interested in learning a little bit about demon slayer swords and the meaning they hold for the demon slayers themselves.

The Demon Slayer Swords are an integral part of each hero's identity. Each character's unique breathing pattern and personality are reflected in the hue of their weapon. So, it's easy to tell if a sword's wielder has any unique abilities just by glancing at the blade.

Before moving on, it's important to keep in mind that a blackened blade doesn't automatically make its bearer the most powerful Demon Slayer. The user must practice extensively in order to develop their technique.

In this article, we present a comprehensive list of swords by color and the character of the demon slayer who uses them in the popular anime series, Demon Slayer: Kimetsu no Yaiba. Since each blade belongs to a certain person, this list will also include that hero's personal qualities.

Tanjiro Kamado, our protagonist, carries a black Nichirin blade, which, like the weapons of all previous protagonists, is unique. Although the meaning of his black Nichirin blade is shrouded in mystery, it is likely linked to his Sun breathing style, Dance of the Fire God, another extremely uncommon combative art form.

His demon slayer sword has an understated black ring in the style of a wheel that serves as the handguard for Tanjiro's Demon Slayer Sword, which can be purchased through IceImports.com.

Kyojuro Rengoku alone is the user of the Red Nichirin. Rengoku's Flame Breathing causes this blade to become crimson, and it will cause its foes' deaths by fire. It's a powerful weapon that stands in for Kyojuro's pure and optimistic nature.

In Demon Slayer, the color red usually denotes high levels of intensity. Kyojuro Rengoku's crimson sword signifies the element of fire, while his outgoing and charismatic character embodies the element of flame. Shop at IceImports.com to acquire the legendary Rengoku Demon Slayer Sword at a price you can afford.

Because of his genuine character and incredible physical prowess, Giyu Tomioka deserves his reputation as one of the greatest demon slayers of all time. Giyu is the Water Hashira of the Demon Slayer Corps; he is rigorous and adheres to the rules.

His stoic nature and deep-seated feeling of righteous indignation propel him to slay demons with chilling efficiency. His blue Nichirin sword is as unruly and strong as water, and he wields it with equal skill. Whenever he raises the blade, significant outcomes occur.

Demon Slayer sticks to the tried-and-true color scheme of relating blue to the element of water for its arsenal. Visit IceImports.com if you're looking for a probable demon slayer sword to show off at the upcoming Anime Expo.

We can't complete the list without including Inosuke Hashibara's pair of Indigo Nichirin swords. The little spaces between his sword's blades give him an advantage when slicing through demons.

These blades are a perfect representation of Inosuke's character; he is the type of person who doesn't like to play by the rules and is more direct and ruthless in combat. Inosuke, unlike his other Demon Slayers, does not need a pommel or a sheath but instead wraps his sword handle in bandages to strengthen his grip.

Furthermore, his swords don't have any inscriptions on them. Would you like to seem more formidable in your cosplay? Have one of the replicas of Inosuke's Demon Slayer Sword from IceImports.com in your arsenal.

Kanao, like other Demon Slayers, has a will and spirit that cannot be broken; she did not surrender and die after her master was killed by an even more powerful demon. Kanao is an outstanding swordswoman, so much so that even Doma ranked her above Kanao Tsuyuri's adopted sister, Shinobu Kocho.

Her Nichirin sword has a circular hilt decorated with three red five-petaled blossoms set against a background of light pastel blue and they’re also available at IceImports.com at a very affordable price.

Sure, it's been two months since the previous Anime Expo, but if you're worried about not getting to show off your supreme demon slayer swords, just remember that there's always the office Halloween costume party on the corner.

You'd be sorely incorrect if you thought it would make you seem tacky to cosplay as a demon slayer for your company's Halloween party. To date, Demon Slayer has amassed the most number of dedicated fans of any anime television series and it would be absolutely epic for you to dress up like one.

If you're in the market for a demon slayer sword at a discount, go no farther than IceImports.com.