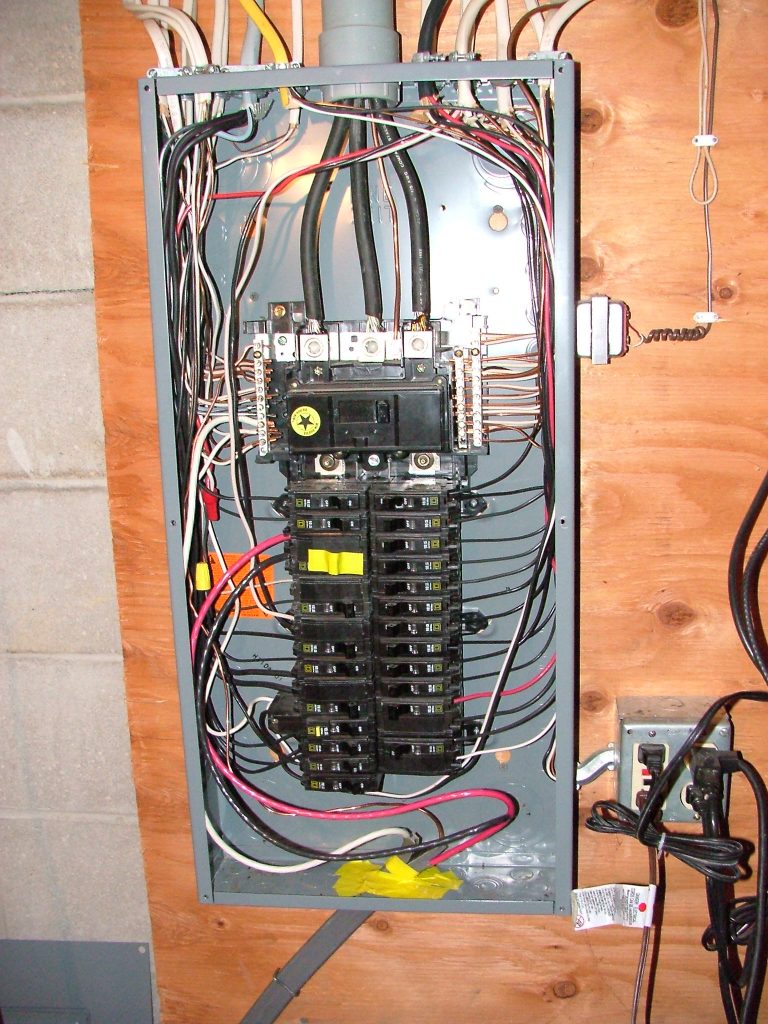 Circuit breakers have long been regarded as an integral part of electrical engineering, and for a good reason. Nowadays, you probably have a circuit breaker rather than a fuse box in your home – but why is this? Also, why do you keep having problems with it?

Fuse boxes and circuit breakers share some of the same issues. Overloaded breakers (or fuses) automatically shut off the power when overloaded with electricity. When you blow a fuse in a fuse box, you have to get out of your house to fix it, but with a circuit breaker, it just “trips” the breaker.

There are a few reasons your circuit breakers keep tripping, and we’ll cover the major ones here. Although each of these issues has concrete solutions, be aware that some issues come with big warning signs before attempting amateur electrical engineering. Therefore, don’t attempt to fix anything you aren’t familiar with. This guide is all about why does my breaker keep tripping.

Before we go any further, let’s talk about how circuit breakers work. The electricity that runs through your house passes through your breaker panel (also called a service panel). You can find all of the circuits you have in your home in the breaker panel. All of them are equipped with an “ON/OFF” switch to indicate whether a circuit is working or not.

To avoid tripping your breaker every five minutes, you need different circuits for different areas of your home. Circuit breakers are switched to the “OFF” position when they trip, preventing potential electrical fires that could result from an overabundance of electricity. After covering the basics, let’s move to issue number one: why your circuit breaker keeps tripping.

Reasons about why does my breaker keep tripping

There are several reasons why circuit breakers keep tripping in people’s homes, but this is usually the most common. When a circuit has too much electricity flowing through it, it overloads. Excess heat can result when too much energy is put into one wiring loop. Fires, sparks, and general explosions will be prevented if your breaker trips, turning the circuit off.

You may find it very frustrating to deal with a circuit breaker that keeps tripping, especially if your home is older. There is a reason for this since older homes have different wiring configurations from modern ones. It is possible that certain rooms were not wired to handle powerful electronics and modern appliances as we know them today. You likely have too much power flowing through one area of your home if you’re continually experiencing overload on one circuit breaker.

Overloading a circuit isn’t challenging to resolve – all you need to do is shift how much electricity is being used in that one troublesome area. However, some may find this challenging since “feng shui” and spacing must be taken into consideration.

Possibly you feel your home is perfectly set up and that moving appliances around would be too much trouble. If that’s the case, a rewiring job might be needed. An expert will usually be able to give you a more accurate estimate of the time and cost involved with such a procedure. During an electrical wiring inspection, your home’s wiring will be examined, and we will troubleshoot any overload issues.

Short-circuiting could also be the cause of your circuit breaker tripping. When loose wires that should maintain a better distance come into contact, a short circuit occurs. Occasionally, this can result in a burst of electricity coming through your circuit, which will lead to a constantly tripping breaker. Short circuits can be particularly dangerous since the current flow raises temperatures. If you believe your home has this problem, continue with caution as it could be a fire hazard.

Wires loosen over time for various reasons, and there are few practical ways to prevent this. Pets and children can jostle your wires, curious mice may decide your wires are the perfect snack, and general disregard for maintenance may cause this to happen. There could be loose wires in a switch, an appliance, or an electrical outlet. Since there are so many areas to investigate, this problem can be challenging to diagnose and fix on your own.

The cause of circuit breakers’ tripping might also be the ground fault. Regardless of why electricity seeks out the ground, it is always looking for it. In your home, you may encounter this problem in the form of a ground fault, which occurs when an electrical current diverts from its intended route and moves into the ground instead.

It’s a frustrating problem because it’s difficult to diagnose and fix unless you’re a professional. It is possible to suffer from ground faults caused by loose wires touching metal or pipes leaking into outlets or switch boxes. A conductive source (like metal or water, both of which are conductors) can change the course of electricity and make it continue its journey to the ground as soon as it is approached.

In modern wiring, ground faults are mostly a thing of the past, as the sole purpose of ground wires is to provide an escape route for any flow of electrical current gone awry. Moisture can still be a problem if it seeps into your outlets, appliances, or switches.

We recommend that you call a professional if you have any electrical problems in your home immediately. When you try to fix something that you don’t know how to do, you could suffer severe consequences if you don’t have the proper training and experience.

Every year, there are estimated to be 51,000 electrical fires in the home. Instead of inexperienced and unqualified homeowners, qualified professionals could have avoided these issues. Call a professional rather than attempting to solve the problem yourself whenever possible – fires and shocks should be avoided!

What could be tripping the circuit breaker?

You can test for circuit overload by turning off all the switches in the affected area and unplugging all the appliances, lamps, and other devices the next time the breaker trips. To reset the circuit breaker, turn the switches back on and plugin/on each device one at a time.

How can a circuit breaker be reset?